The cartoons that shook the world 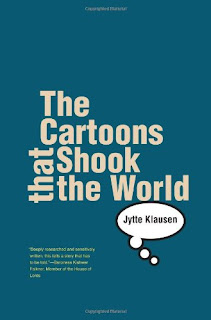 On September 30, 2005, the Danish newspaper Jyllands-Posten published twelve cartoons of the Prophet Muhammad. Five months later, thousands of Muslims inundated the newspaper with outpourings of anger and grief by phone, email, and fax; from Asia to Europe Muslims took to the streets in protest. This book is the first comprehensive investigation of the conflict that aroused impassioned debates around the world on freedom of expression, blasphemy, and the nature of modern Islam.

Jytte Klausen interviewed politicians in the Middle East, Muslim leaders in Europe, the Danish editors and cartoonists, and the Danish imam who started the controversy. Following the winding trail of protests across the world, she deconstructs the arguments and motives that drove the escalation of the increasingly globalized conflict. She concludes that the Muslim reaction to the cartoons was not—as was commonly assumed—a spontaneous emotional reaction arising out of the clash of Western and Islamic civilizations. Rather it was orchestrated, first by those with vested interests in elections in Denmark and Egypt, and later by Islamic extremists seeking to destabilize governments in Pakistan, Lebanon, Libya, and Nigeria. Klausen shows how the cartoon crisis was, therefore, ultimately a political conflict rather than a colossal cultural misunderstanding.
Share on Facebook
Share on Twitter
Share on Google+
Share on LinkedIn

0 Response to "The cartoons that shook the world"