The A to Z of Animation and Cartoons 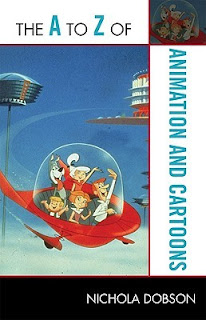 Animation was once a relatively simple matter, using fairly primitive means to produce rather short films of subjects that were generally comedic and often quite childish. However, things have changed, and they continue changing at a maddening pace. One new technique after another has made it easier, faster, and above all cheaper to produce the material, which has taken on an increasing variety of forms. The A to Z of Animation and Cartoons is an introduction to all aspects of animation history and its development as a technology and industry beyond the familiar cartoons from the Disney and Warner Bros. Studios. This is done through a chronology, an introductory essay, photos, a bibliography, and over 200 cross-referenced dictionary entries on animators, directors, studios, techniques, films, and some of the best-known characters.
Share on Facebook
Share on Twitter
Share on Google+
Share on LinkedIn

0 Response to "The A to Z of Animation and Cartoons"