Outside the Box: Interviews with Contemporary Cartoonists 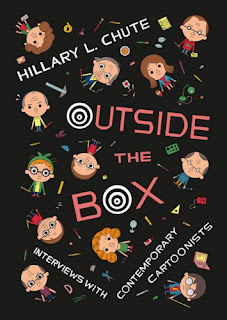 We are living in a golden age of cartoon art. Never before has graphic storytelling been so prominent or garnered such respect: critics and readers alike agree that contemporary cartoonists are creating some of the most innovative and exciting work in all the arts.

For nearly a decade Hillary L. Chute has been sitting down for extensive interviews with the leading figures in comics, and with Outside the Box she offers fans a chance to share her ringside seat. Chute’s in-depth discussions with twelve of the most prominent and accomplished artists and writers in comics today reveal a creative community that is richly interconnected yet fiercely independent, its members sharing many interests and approaches while working with wildly different styles and themes. Chute’s subjects run the gamut of contemporary comics practice, from underground pioneers like Art Spiegelman and Lynda Barry, to the analytic work of Scott McCloud, the journalism of Joe Sacco, and the extended narratives of Alison Bechdel, Charles Burns, and more. They reflect on their experience and innovations, the influence of peers and mentors, the reception of their art and the growth of critical attention, and the crucial place of print amid the encroachment of the digital age.

0 Response to "Outside the Box: Interviews with Contemporary Cartoonists"