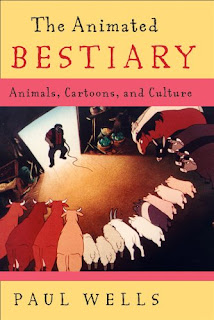 Cartoonists and animators have given animals human characteristics for so long that audiences are now accustomed to seeing Bugs Bunny singing opera and Mickey Mouse walking his dog Pluto.The Animated Bestiary critically evaluates the depiction of animals in cartoons and animation more generally. Paul Wells argues that artists use animals to engage with issues that would be more difficult to address directly because of political, religious, or social taboos. Consequently, and principally through anthropomorphism, animation uses animals to play out a performance of gender, sex and sexuality, racial and national traits, and shifting identity, often challenging how we think about ourselves.Wells draws on a wide range of examples, from the original King Kongto Nick Park's Chicken Run to Disney cartoons?such as Tarzan, The Jungle Book, and Brother Bear?to reflect on people by looking at the ways in which they respond to animals in cartoons and films.
Share on Facebook
Share on Twitter
Share on Google+
Share on LinkedIn

0 Response to "The Animated Bestiary: Animals, Cartoons, and Culture"